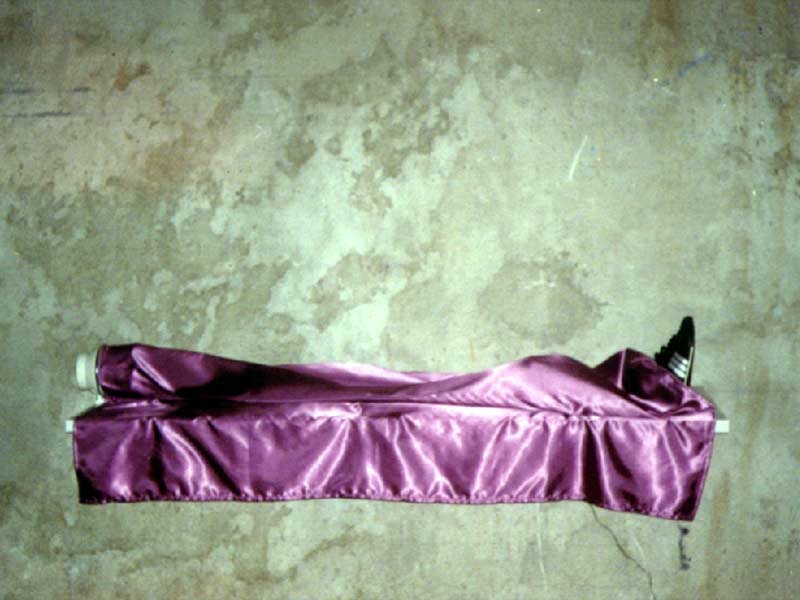 Have you ever heard the story of Heaven's Gate?

If you have, you likely recall the gory details surrounding the end. 38 people ingesting a mixture of phenobarbital and applesauce. All found dead in matching black uniforms - infamously including brand new Nikes and custom made "Heaven's Gate Away Team" patches.

But did you know that the tragedy unfolded in 9,200 square foot mansion? The group's San Diego residence, adjusted for inflation, was costing them about $11,000 a month - in rent alone.

So how did a gang of conspicuous cult members, with their unusual manner of dressing and speaking, manage to find gainful employment?

They coded their way to financial freedom.

Higher Source was the web design agency that did it all. The group offered one-stop shopping for everything an individual or a business might want in a website.

In their own words (and their own HTML), they provided the following

The above snippet comes directly from Higher Source's services page, which you can still see on The Wayback Machine. It's a trip worth taking, especially if you're fond of that early-internet, 90's aesthetic.

In 2018, rapper Lil' Uzi Vert dug their style so much that he borrowed a Heaven's Gate logo for some of his album art. The surviving members of the group ( who remain active online to this day ) were not pleased with the tribute.

It was images like these and the websites that hosted them, that were pulling in almost $400,000 a year at Higher Source's peak. But taking a look through the rest of the group's portfolio begs the question,

The short answer is yes. The long answer is a bit more nuanced - but still yes.

In Higher Source's heyday, the internet was still very much the wild west. Before things like WordPress, the idea of having to design, develop, and deploy your own website was a much more daunting task than it is today. You would need to code almost everything from scratch. That meant spending a lot of hours just writing countless lines of HTML - and that's essentially what Higher Source did.

If you're feeling up to the task, take a look at some of their surviving source code that's out there. Since it was a time before wide support of CSS and JS libraries, you'll be able to see all the handwritten HTML that went into making their sites.

Here's an example of some creepy keyword stuffing I found:

The reason for doing this was of course, was an attempt to game the algorithms of early search engines. The hope was that anyone searching for these things, would be more likely to land on the cult recruitment home page.

Such practices are now seen as outdated, ineffective forms of Black Hat SEO. However, you can see that "Search Engine Placement" is listed as another service that Higher Source provided. This gives a bit of insight into how and where the agency may have have begun to inflate their invoices.

People will pay a premium for things they perceive as being far too difficult to attempt themselves.

With the rise of page builders and no-code solutions, getting a website up and running has become much more feasible for the layman. But even today, agencies and freelancers are still able to charge a hefty fee for relatively simple services.

When a talented developer has a keen business sense, or partners with someone who does - the sky is still the limit when it comes to web.

In the case of the Heaven's Gate developers, it's unfortunate that their talents contributed to the tragedy. While their online endeavors were impressive and interesting, they ended in pretty much the worst way possible.

With the loss of human life, and being remembered for having caused it needlessly.